Paint pioneers John Farrow and Richard Ball founded the company in 1946. They met while working at a local clay pit and later went on to build their first factory in Dorset.

In the 1950s Farrow & Ball won some important commercial contracts which included supplying the paint for Ford Motor Cars in Dagenham and Liverpool, Raleigh bicycles and even the Admiralty and the War Office!

THE FIRE AND THE END OF AN ERA

As the 60s came to an end John and Richard were less and less involved with the business, and eventually sold the company to Bakers which was run by Norman Chappell (of Chappell Green fame!).

Following a fire that destroyed the original factory, they moved to our current site near Wimborne where we’ve resided ever since.

A DECADE OF FIRSTS

In the early 1990s Historical Decorator Tom Helme and Corporate Financier Martin Ephson took over the running of the company.

In January 2010 we made the bold decision to move our entire range of paints away from oil based to water based finishes with low or minimal VOC content.

This was a forward thinking move, affirming our ongoing commitment towards helping the environment we live in, and once again putting us ahead of the competition.

In May 2014 we launched our online interiors magazine, The Chromologist – a place for people to be inspired by colour. Across all of our digital platforms we have over 1,000,000 online fans as well as over 500,000 visitors to our website every month.

In 2012 our in-home Colour Consultancy service went global! This bespoke service gives our customers the chance to meet one of our trained Colour Consultants in the comfort of their own home. The Colour Consultant will build a colour scheme based on the overall look the client is trying to achieve, as well as taking into account light and architectural features. 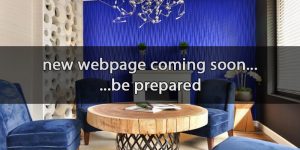